One way to help a data science team innovate successfully

The Lazada Data Science team has paper lunches together every Friday. Usually, we discuss about new papers we read, new ideas and implementations we tried, etc. This past Friday, we invited some special guests from Aviva to discuss about our journeys in cultivating a data-driven culture and building data science into the organization.

One of the guests, who is in charge of technology, mentioned something interesting.

Aviva is very strong in what most would consider traditional aspects of data science involving risk, actuarial statistics, etc (it’s over 300 years old, and is the second oldest institution in England after the Bank of England—of course it’s good!).

However, as it tries to build new capabilities around understanding the customer better and customer analytics, Aviva found that not many of its data scientists could transition successfully.

Why? What distinguishes those who transition successfully from those who do not?

Being always on the lookout for features that distinguish a top performer from the rest, this piqued my interest. What was it that those people who transitioned successfully had/did, I asked.

Her response? Openness to change.

Here’s how she explained it:

Ah-ha! While the personality characteristic of being open to change helped these data scientists transition, there was also the right environment and culture in place, I opined.

What can the organization and team do to ensure success?

Getting the right culture in place is simple, though not easy:

So, how to help a data science team innovate successfully?

Data science has a science component to it—and science involves experimentation and R&D. Thus, data science teams must be given leeway to experiment and fail, or no groundbreaking innovations can occur. 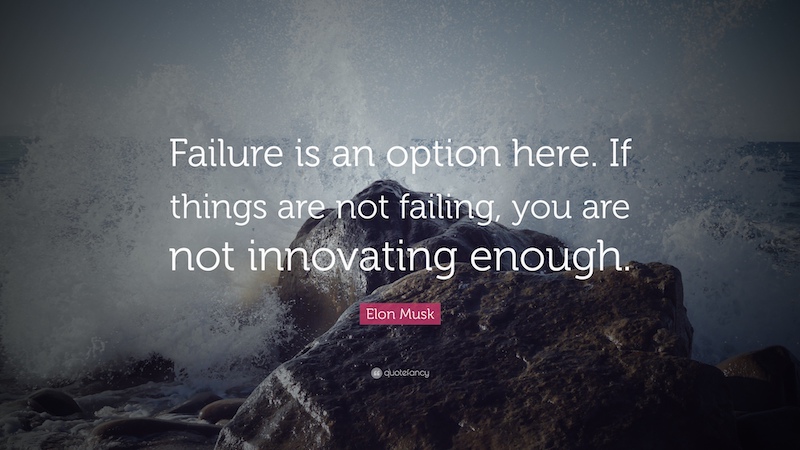 Elon Musk on Failure and Innovation

I also can’t resist this quote from Einstein:

Einstein on Mistakes and Invention