This week, my good friend Susan shares her experience with imposter syndrome, which includes failing three courses while doing her degree and self-doubt after her recent promotion. From these bouts of imposter syndrome, she draws lessons that we can all apply. Without further ado, here’s Susan.

One thing I have loved throughout my career and academic journey, is working with driven and capable peers. On the other hand, there were times I felt that my abilities paled in comparison to theirs - had I been accepted into my graduate program by mistake?

I didn’t know it at the time, but I was experiencing impostor syndrome.

My worries turned out to be untrue - since then I’ve done many interesting things such as building machine learning solutions as a Principal data scientist, founding a video game studio that sold 10k+ copies in 6 months, and more.

Impostor syndrome showed up intermittently through all of those experiences, and it never really goes away. This surprises people (“how can you feel like a fraud when you’ve achieved so much?”), which is why I will share 2 personal stories of impostor syndrome in this post.

I hope the lessons I’ve learned on how to recognize and manage it, can help you in any way.

Zoom out - who are you comparing yourself to?

I owe a lot of what I learned about identifying and managing impostor syndrome to this experience, which is why this is the first story.

At the time, I had thoughts such as: “I had a pretty low grade (< 90%) and failed 3 courses in undergrad, while everyone here probably had 95%+… I must have been the bottom of the barrel in acceptance.”

Despite acting composed and unbothered on the outside, these thoughts caused deep feelings of guilt and anxiety.

What finally helped me relax a bit despite the self-doubt, was a simple thought:

I got into this program, which makes me the top x% (of students who are interested in grad school in economics). Even if I am the bottom of the barrel in this x%, it doesn’t change the fact that I am in the top of the “comparable” population.

I was so caught up in comparing myself to those in my pond, that I didn't realize that, even as a small fish, I was in a really high quality pond.

How many of us have beat ourselves up for not getting into Stanford/MIT/UWaterloo etc. or top tech companies (e.g. “FAANG”), when we are clearly doing reasonably well compared to a broader reference group?

I find that in the tech industry bubble, it is easy to become unhappy chasing prestige and compensation, and experiencing snowballing levels of impostor syndrome due to the highly competitive culture.

Zooming out and expanding who I was comparing myself to, helped me feel like less of a fraud.

One might argue that this type of thinking can make one lax, or become an excuse to not continue to improve oneself. However, people like me (and you who are reading a tech blog that talks about productivity), could really err on the side of being more “chill” than not.

Pattern match your strengths, not what you don’t have.

Humans are great at pattern matching - that’s why some people even equate their belonging in a social group with what types of shoes they wear, what kind of car they drive, and never-ending, minute details.

A further illustration is the common worry of job seekers that they can’t enter tech if they don’t have a <CS/Statistics/etc.> degree. Pattern matching is part of our nature. We all do it.

This second story is about when I was promoted to Principal Data Scientist.

Of course, I was elated, but times like this are when impostor syndrome loves to come out of lurking. Understandable - if it were considerate and cooperative, people would feel less doubt about their careers, and I wouldn’t need to write this article.

Since I got the news just before holidays, I had time to think about what I should do in the new role:

Of course, these thoughts were somewhat strange, since I had already gotten promoted, yet they revolved around “how do I show I deserved to be promoted”. Why was the result making me wonder if I needed to prove myself again, retroactively?

I wondered what exactly was giving me anxiety, and as I tend to do, I set aside time to mull on it. After some sessions of journaling on these thoughts, I noticed a pattern.

After noting down these thoughts, I realized I could work more on pattern matching what I do have, and not only what I do not have. This is similar to Eugene Yan’s suggestion to “collect evidence that you’re not an impostor.

For example, I spoke to a director from a large tech company, who I highly respect, who said that I was already doing what she expects her staff and principal engineers to do.

Obviously, the highly supportive management at my current work who gave me the opportunity thought so as well, but an external data point or two did help ease my mind.

Reading more on StaffEng.com, positive patterns started to surface as well. “Multiplier” work (e.g. knowledge-sharing and sponsoring), communication skills, and product sense were often mentioned as being important to staff-plus roles - which were checkmarks for me (if I do say so myself uhh). 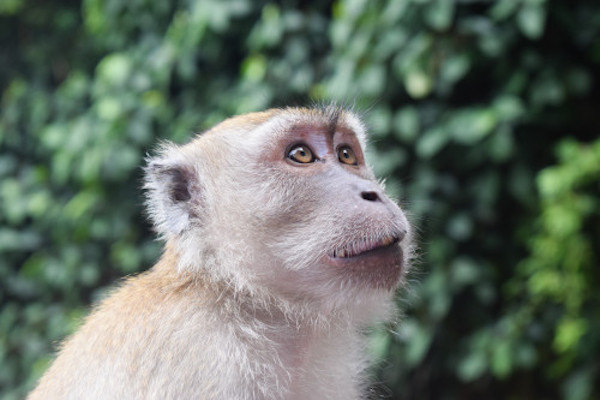 So, weirdly enough, from day to day observation it seemed that my brain picked up on things that I “wasn’t”, which was ammo for impostor syndrome. However, after looking deeper, I had much more in common with technical folks that I looked up to, than my monkey brain initially thought.

I returned to work after the holidays, much more refreshed and ready to tackle the new role, thanks to being able to identify and proactively respond to impostor syndrome.

There are real consequences of impostor syndrome, such as pushing one to give up on a field or hobby that they love. There are real reasons that some demographics are more susceptible to feelings of inadequacy, due to the pattern matching behaviour of humans.

One benefit of having a strong internal locus of control is, while I acknowledge that societal shortcomings exist, I also make sure to optimize what I can change within myself, to give myself a better fighting chance.

The initial impostor syndrome self-talk, might be “I don’t have x, y, z, that those people who are successful <data scientists/game developers/economists> seem to be”. (x, y, z usually being ridiculous in hindsight, like needing one’s GitHub contributions to be a solid green.)

It can then become: “Sure, but I have strong technical capabilities and communication skills, and I perform well. I deserve to be here and have a voice at the table.”

Unfortunately, this can’t fully solve the issue of systematic representation, since other people with the power to decide one’s career progression, which startups get investment, and legislative direction, also pattern match, and they might see things differently.

Despite that, flipping the script from “what we lack” to “what we have”, and zooming out from our small reference group, is something we can do within ourselves.

It takes practice, but by seeing impostor syndrome as a self-reflection opportunity and learning experience, we can get better at managing it. Don’t let it hold you back from pursuing careers and interests that you love.

All in all, I believe that encountering impostor syndrome is normal, but isn’t talked about enough.

No matter how much one accomplishes, impostor syndrome doesn’t fully go away - so the best we can do is to recognize patterns to identify and manage it, before it causes unnecessary damage.

Thanks to the intense impostor syndrome I experienced during grad school, I was much faster to identify it with the promotion story, and was proactive in sorting out the positives I could gain from those feelings.

I hope that by openly sharing my personal experiences, and how I managed those doubts in a practical manner, could help you in any way!

« How to Live with Chronic Imposter Syndrome Search: Query Matching via Lexical, Graph, and Embedding Methods »