How to Win a Data Hackathon (Hacklytics 2021)

Last week, I was a mentor and judge at Hacklytics 2021, Georgia Tech’s 36-hour datathon. As I interacted with teams during the hacking and evaluation sessions, I noticed patterns among the top teams that help them win. Here’s what I learned about how to do well at a data hackathon under time constraints.

While hacking, some teams asked how to scrape data from websites. For example, one team wanted to scrape IMDb for data on movie titles, cast, director, ratings, etc.

I advised against it. Scraping data is time-consuming and can be tricky when it comes to dynamically generated content (e.g., via JavaScript). Accurately parsing and extracting fields from raw HTML is a time sink. Instead, I pointed them to publicly available datasets, such as the data provided by IMDb or this Kaggle dataset which has more than 80k titles.

What if teams needed recent data for which there’s no dataset? If so, they used APIs. The winning team (finance category) used the Reddit API to get data on r/wallstreetbets posts, including view counts, comments, title, body, etc. The overall winner used the Twitter API to get recent tweets on COVID vaccines. Using these APIs allowed them to focus on other aspects such as sentiment analysis and building user interfaces (UIs).

Use libraries / pre-trained models to speed up ML

Though it was a data hackathon, relatively few teams trained machine learning models.

Many teams used Vader for sentiment analysis. Its simple API and great examples made it easy for beginners to pick up—three of the winning teams applied Vader on tweets and Reddit posts. Another winning team used a combination of afinn and text2emotion.

Familiarity with front-end is useful

Most of the winning teams built simple UIs that made their ideas more concrete.

The winner of the healthcare category built Clinical Model Tuner to let physicians upload existing models and fine-tune them on additional data (i.e., inverse federated learning). They built a React app that demonstrated this well. Users could upload pre-trained models, datasets, and labels to fine-tune models. After fine-tuning, users could also see the improvements to model evaluation metrics.

User interface of Clinical Model Tuner (thanks to the team) 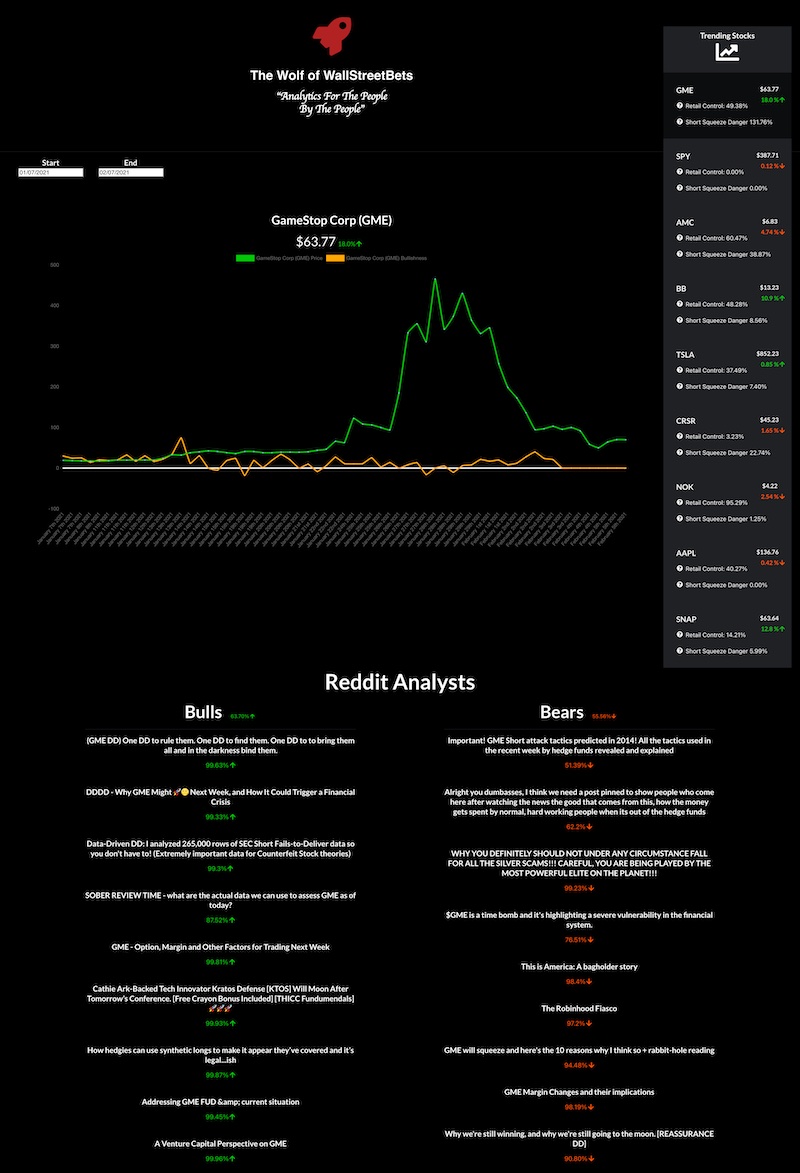 User interface of Wolf of WallStreetBets

Some teams also used python libraries to quickly build interactive UIs. The winner of the athletics (football) track used Streamlit to build a dashboard to show the football and social media statistics of potential recruits to help teams make better decisions. The overall winner built an interactive Plotly dashboard to visualize public sentiment towards COVID vaccines based on tweets.

User interface for Voices of the Vaccine (source)

That said, it was not absolutely necessary to use React or libraries. The TickerTrakr team won the best visuals award with a simple combination of Flask, HTML, CSS, and JavaScript.

Knowing how to deploy is useful

Many of the winning teams had prototypes deployed. This made the difference between offline experimentation and a live demo that felt much closer to reality.

The RealityCheck wrapped a Flask app around their fine-tuned BERT model and deployed it on Google Cloud Platform. This let them demo their Chrome extension which allowed users to enter news snippets and get the probability of it being fake news.

Some teams even made their prototypes publicly available so other participants and judges could interact with them. Some of these demos are still only (as of 2021-02-14): 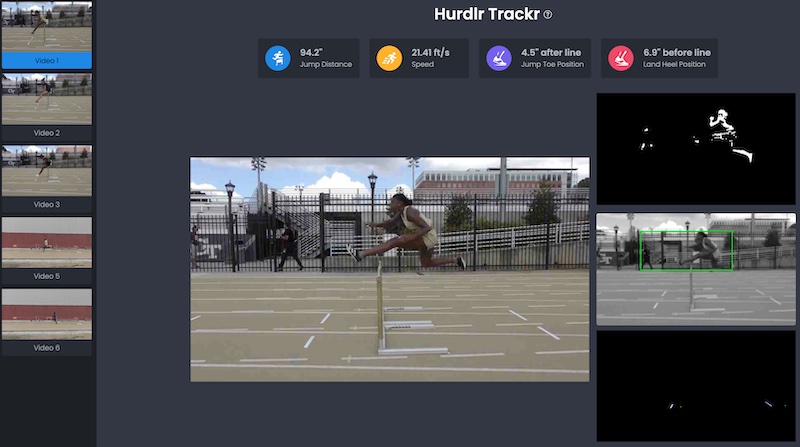 Training bespoke machine learning models wasn’t a differentiating factor at this hackathon. Instead, what made a difference was:

Similar to building machine learning systems in industry, no?

How do you win a data hackathon?

I saw how top teams did it at Hacklytics 2021 by:
• Using available datasets & APIs
• Using ML libraries & pre-trained models
• Building simple UIs for demos
• Deploying prototypes for judges to try

« DataTalksClub - Building an ML System; Behind the Scenes Feature Stores: A Hierarchy of Needs »