In 2012, the data scientist was named the sexiest job of the 21st century. Now in 2020, this catch-all role is more often split into multiple roles such as data scientist, applied scientist, research scientist, and machine learning engineer.

Here’s my attempt to explain the goals, skills, and deliverables of each role. If you’re trying to enter or transition within the field of data science, I hope this will help you get the right role—one that matches your interests and skills. We’ll also take a look at how data science has specialized and rebranded itself in the past decade, and what those changes mean for teams and practitioners.

Disclaimer: This is my personal take based on chats I’ve had with folks in various organizations and roles. It does not represent the views of my employer. Also, not all companies adopt these titles, so don’t take it too seriously if you feel like you have a title mismatch. In addition, role distinctions might blur depending on project phases.

What the different roles use and deliver

Data scientists help to size problems and opportunities, understand customers and the business, interpret A/B tests with mixed results, and so on. They have the most contact with business and product leaders and are often viewed as trusted advisors. Their work involves data analysis, visualization, and weaving a coherent narrative. They might also be called decision scientists, with Cassie Kozyrkov being a famous example.

In God we trust, all others bring data. — W Edwards Deming

Data scientists are often writing SQL/Hive/Spark queries to extract and clean data, and Python/R to run analyses and create visualizations. They might also build data pipelines and dashboards for recurring analyses.

They also have strong non-technical skills to: distill and frame problem statements, explain complex findings and recommendations, and educate the organization on the nuances of statistics and data. Their deliverables include documents, visualizations, and dashboards to provide insight and guide decisions.

We have research scientists (and academics) to thank for the brisk advances in fields such as deep learning, computer vision, and natural language processing. They tend to investigate problems that are more fundamental (e.g., model compression, image segmentation, speech-to-text) with a longer time horizon. Outside of the tech giants and research labs, few organizations have the budget and appetite to fund such roles.

Most will use deep learning libraries—other approaches have fallen out of favor—and have deep and specialized knowledge in their niche. They also excel in literature research, reproducible experiments, and publishing papers at conferences and journals. Their deliverables include papers and code to replicate their models and results.

Machine learning engineers (MLEs) work on infrastructure and platforms that make it easier to build, deploy, and monitor machine learning models. Examples include Michelangelo (Uber), Metaflow (Netflix), and SageMaker (Amazon). They might also work directly on application-specific ML systems in a capacity similar to an applied scientist, or help with deploying and scaling ML models for production.

Most MLEs have prior experience as a software engineer and have stronger backgrounds in software development, devops, and engineering best practices. Compared to Python-slinging scientists, MLEs tend to build systems on more enterprise and performant languages (e.g., Java/Scala, C++, Go).

For MLEs, there’s greater emphasis on technical design and architecture, infra, scalability, security, etc. Relative to scientists who are mainly users of tools (e.g., Docker, Airflow, Jenkins), MLEs tend to be the ones to set up the infra and processes around it—they’re essentially a software engineer with an ML tilt.

Whew, that was a lot of text; here’s a table summarizing the above.

What the various roles mean for the field

While having more titles can be confusing, the specialization should help clarify the goals and skills required for each role. Back in South-East Asia, all roles had the title of data scientist. The job scope was akin to rolling a dice; it might entirely involve analysis and dashboarding, or building ML systems, or client sales. Having more fine-grained titles can help job seekers and hiring managers achieve better job-fit.

Breaking down the DS role also makes it less overwhelming for newcomers. There’s an unhealthy expectation to be proficient at 23 skills/techniques and 8 tools to be a (unicorn) data scientist. Separate roles make clear it’s not necessary. Data scientists don’t have to write production code, MLEs don’t need to know the nuances of research and publishing. Specialized roles allow people to focus on their strengths and interests. 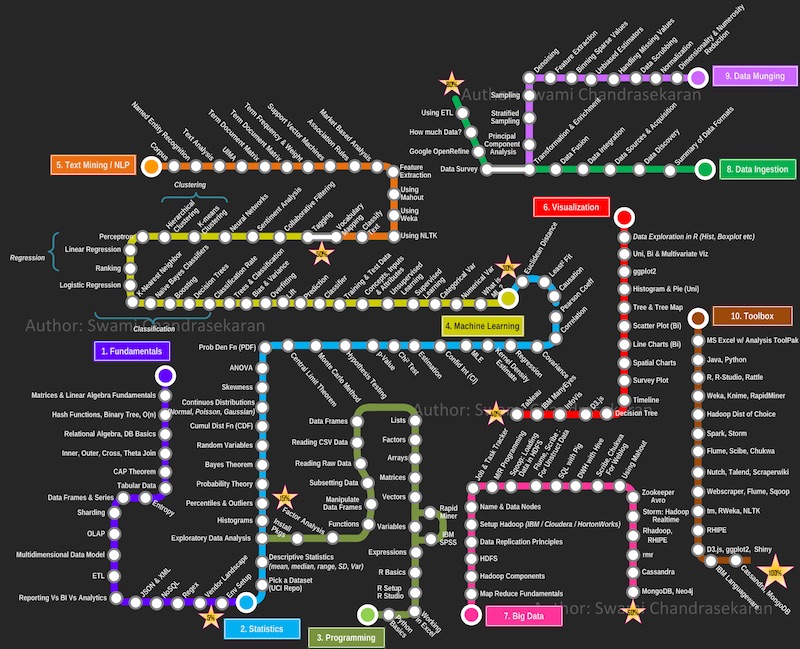 Nonetheless, specialization takes us further from end-to-end ownership and delivery. With MLEs, one anti-pattern is scientists writing POC code in Jupyter notebooks or R and handing off to MLEs to convert the code and productionize. The context and methodology is often lost in translation and diffusion of responsibility seeps in. It also slows down iteration and increases operations and maintenance cost.

Another concern is title inflation and loss of hiring competitiveness. As Lyft shared, the possibility of losing data analytics candidates to competitors offering “data scientist” titles is real. Will this escalate with companies losing machine learning candidates if they offer the data scientist title, relative to competitors offering the research scientist or machine learning engineer title? If so, we might see the field come up with more titles (e.g., deep learning scientist, AI engineer) that might obfuscate the real work being done.

Should our team adopt these distinct roles and titles?

AFAIK, these roles are mostly seen in relatively larger tech organizations (i.e., data science teams of >50). At that scale, there’s sufficient volume of work for each specialized role. However, in smaller companies, there might not be the need (or luxury) to spilt the data scientist and applied scientist role, or the budget for research-focused roles with multi-year horizons. (Nonetheless, MLEs to help with production are increasingly common.)

And it appears to be a trend specific to the US. In South-East Asia, most of these roles are grouped under the title of data scientist. Nonetheless, regional tech unicorns such as Grab, Shopee, and Traveloka have large enough teams that may require such specialized roles. Chinese giants (e.g., Alibaba, Baidu, Tencent) will also have these different roles.

If you’re thinking of splitting the data scientist role into distinct specializations, please also consider the benefits of having data scientists be more end-to-end.

The Internet doesn’t care about your title.

What if we’re performing the role of a <more prestigious title> but have a <less prestigious title>? Before we change jobs to upgrade titles, or accept a poorer offer with a better title, we should remind ourselves that it’s just a title. In the long run, focusing on deliverables expected and skills required will lead to better fit and job satisfaction.

P.S., But what if the role doesn’t match our skills and aspirations, like this guy? We’ll discuss that here.

What's the difference between data, applied, and research scientists? What about machine learning engineers?

In this piece, we discuss:
• The various goals, skills, and deliverables
• How data scientists "became" analysts
• Implications for the field https://t.co/ZWZ9pbIz5E

Thanks to Yang Xinyi, Alexandra Macqueen, and Michell C. Clark for reading drafts of this.

« Chip Huyen on Her Career, Writing, and Machine Learning How to Prevent or Deal with a Data Science Role or Title Mismatch »